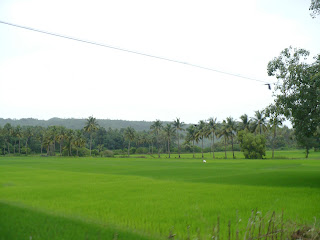 A very mild mist across the seemingly unending forest cover

Wind that smells mildly of the sea and fish

A silence that I can actually hear
As I sense and experience all this, I’m struck by the thought of how much I have missed it all for close to two decades. Almost immediately comes the blinding realization that nothing much seems to have changed in what I consider my native place.

The land I was born in. One I lived in for the first 24 years of my life before I had to move to Bangalore.

23rd January, 2016, at this time of the day, I was in a state of excited anticipation. I was to leave Bangalore that night for Goa to catch up with my friends whom I’d left behind 19 years ago.
I’d gotten back in touch with them a few months ago thanks to WhatsApp and was already familiar with the high of reconnecting. So, what would meeting them in person be like? We left college as young guns, unaware of what the future held in store for us but filled with the bravado of youth. The years that flew by saw us take our different journeys on the highway of life but what kind of a toll would it have taken on each one? What would we have in common to talk about? These were the thoughts running through my head that day.

By 24th afternoon, I had forgotten I’d ever had these questions.

It was like I had never left these people who assembled at the Sharada Classic at Margao. We laughed observing each other’s idiosyncrasies that hadn’t changed in all these years. We noted new behavior and laughed over it, too.  Of course, we swapped stories of all that had happened over the years of leaving college. Expressed satisfaction that each of us was doing well in whatever we had chosen to do. And, when someone (no, very surprisingly, not me!) suggested we talk of the life lessons we had learned over the years, everyone did so without the slightest hesitation. We used technology to connect with two of our classmates who couldn’t make it to the meet. And took loads of pictures to send to those living in another time zone.
Later in the day and the next day, I met a few of my school friends. People I hadn’t seen in about 23 to 25 years. My memories of them were even older and blurred. But that didn’t stop us from re-connecting with an ease that only comes with familiarity that has developed during our youth.

Everyone I met told me, “You haven’t changed at all.”

Which cannot be entirely true.

I know of the graying hair and adipose tissue that greets me when I look into the mirror every morning. I realize the difference in my thoughts and behavior as compared to the times when I was younger.

I told them, “Goa hasn’t changed much at all, thank God.”

There are Dominoes Pizza and KFC outlets now. Lots of Russians setting up home in the state. Trees are being cut to widen roads. The signature coconut tree of Goa may no longer be a tree.

As I leave Goa after spending two days there, I wonder, “What, then, is the yardstick that we use to decide if something has changed?”

I find the answer as I ponder over my response to Goa in 2016.

Things do change. But whether we perceive them as changed depends on us. If the emotions they evoke in us have not changed, we are left with the feeling that nothing has changed.