Food for the soul


Recently, I went to this place after a relatively long time and was amazed by how it appeared. Of course, I knew that changes were underway but the sheer magnitude and more importantly, the direction of the transformation was a shocker.

A broad, newly tarred road. Imposing buildings on the one side. On the other, commercial joints, cheek by jowl, vying with each other to draw in the most customers. The air in between heavy with the flavours claiming to represent local, national and international cuisine.

If this description makes you think of a food street, you’re not far off the mark. For indeed, it is how some of the inmates of those buildings described their new surroundings. There were some rueful jokes cracked about how, in the near future, this place is going to become famous as a cool hang-out space for gastronomic delights rather than cerebral endeavours. Which seems like quite the anti-thesis of what those in the lofty towers of those buildings say they intend to achieve.

Take a look at these images and then, I’ll explain why I say this. 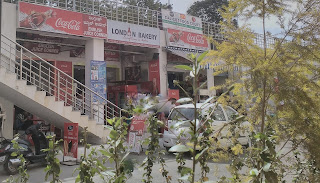 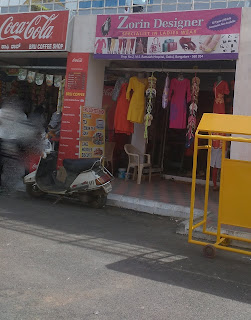 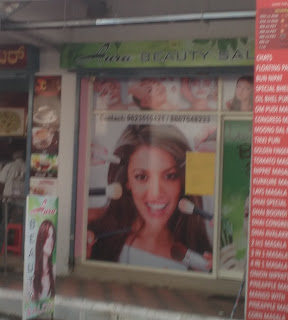 I certainly understand the compulsions of the persons who conceived and authorized this move. Educational institutions today are behemoths, constantly demanding greater resources to retain their “world-class” tags. And when students come from outside the state and even outside the country, it is vital you strive to provide them with amenities that make them feel comfortable, ensuring word-of-mouth publicity gives you the edge over other institutions.

There’s no questioning of these motives. Just that in my opinion, the manner of executing what is perceived to be the solution, is not really constructive towards achieving the stated aim of an educational institution.

Knowing how extremely distractible students are, I do not really see any wisdom in creating such spaces in a way that the flavors of food for the body constantly assail their senses and mind. When we ourselves provide the diversions to students, aren’t we creating a greater demand on their already low powers of self-restraint?

With the smell of some exotic dish wafting in through the window, what’s the likelihood that a youngster’s attention will not stray to the rumblings of his stomach and his brain rather than focusing on the Kreb’s cycle or reflex arc his teacher is trying to explain?

Or perhaps, could it be possible that indeed, the world has moved on so far ahead that today, there’s no longer any value left for what Plato said? 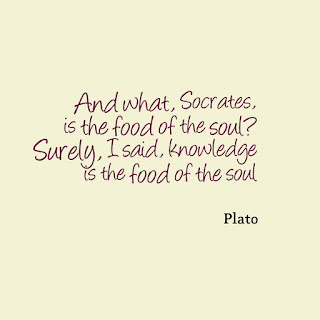 Disclaimer: About 10 years ago, I too was a resident of one of the imposing buildings mentioned in this post. Perhaps the memory of what WAS THEN is making what IS NOW more incongruous in my eyes......