After staying in Pali for few years, Appa got transferred to the mines in other locations, and so, we moved to other places like Surla (where I was born), Sirsaim, Tivim, and Ponda (where the youngest daughter Komala was born) and then back to Surla again.

When we were in Ponda, one day, Amma had gone to the grocery store. She heard two people talking in Tamil and felt moved to talk to them. They (Mr. Vallal and Mrs. Vaidyanathan) talked nicely to her and invited her to join in their bhajan group that met every Saturday evening, in each person’s house, by turns.

The host would set up the prayer altar, spread mats for people to sit, and prepare the prasadam. Everyone would join in singing the bhajans in a set sequence; most parts would be sung in “lead and follow” style; the session usually lasted about 2 hours or so. It would end with an arati and prasadam.

Amma had put the old Salgaocar diaries to good use by diligently writing down all the bhajans and naamaavalis sung at these times.

Some of the Tamilians from the bhajan group were young boys in their early twenties, working in Goa and living far from their native land. Many of them worked in MRF Tyres near Ponda.

Amma had picked up the pure version of Tamil from the Tamil maamis who were part of the bhajan group. She was kind and affectionate to these young men, and in her, they found their mother-substitute. Sometimes, they would come over to our house in the evenings. She would serve them coffee with savories. Then she would force them to stay over for dinner, and they’d happily agree. All these boys were exhilarated when bhajan was in Rama Iyengar Maama's (our) house because prasadam would be tasty, and of course, in plenty!

One of the boys was a descendant of the famous musical doyen Muthuswami Dikshitar who is one among the revered musical trinity in Carnatic music (the other two are Tyagaraja and Syama Sastri). This guy took music lessons for my older sisters, teaching them the basics of Carnatic music until we lived in Ponda.

Two of the maamis in the bhajan group also started conducting the Chinmaya Mission’s Bala Vihar classes on Sunday mornings. I remember attending those classes and learning small prayers there. It seems I even won a prize when I was maybe 5 or 6 years old, for singing a bhajan in some competition.

Nothing in this world happens by chance.

Amma had already sown the seeds of bhakti in us children by telling us stories from the Ramayana and Mahabharata, and from Bhakti Vijaya. Our family outings used to be not to movies or the beach or the zoo, or ‘shopping’ but to pravachans and kirtans. The atmosphere of the bhajans in Ponda served to cement our fledgling faith in God and helped it take root deep within ourselves, and bound us even closer together as a family. Till today, our best moments are ones when we are in a bhajan at Amma’s house.

For us, thank God, it has truly been a case of, “The family that prays together stays together!” 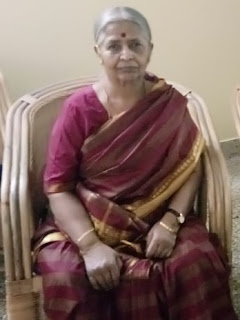 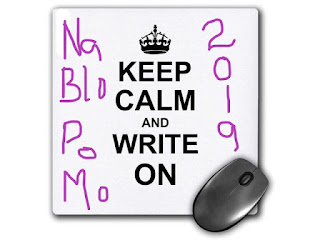