On Deepavali day, Uber had graciously granted me a promo offer on a pooled ride; so a distance of about 10 kms showed a fare estimate of Rs. 12/- only for 2 riders – me and my son. Like any other sane person receiving this insane offer, I quickly booked the ride. I wasn’t in a hurry to get back and so, was quite okay with the delay to be expected when you pool a ride. 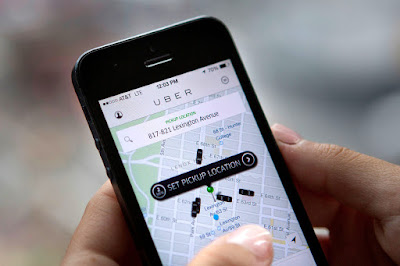 The cab arrived on time, and there was a guy (Let’s call him Y) with whom we were sharing the ride. Little did I anticipate then, the bizarre turn of events that would follow.

On reaching Y’s destination, the cab driver (let’s call him R) stopped and told him how much to pay. Instead of doing that, Y pulled out his phone and called a friend, telling him where we were. The friend said that was not where he was supposed to get down, but somewhere much further. An argument ensued between Y and R and what finally emerged was that Y had fed the wrong location as the drop off point. Now, he was making a fuss insisting he be dropped at the point his friend specified.

Because Y was bossing over R although it wasn’t the latter’s fault, I too joined in and told Y that verifying the location is the rider’s responsibility, not the cab driver’s. Y ignored me. Finally, there was a compromise – R agreed to take Y to where he wanted, although he wasn’t going to be paid for the additional distance. By now, 10 minutes had passed since we’d stopped and I assumed it was just a few more minutes before we went our way. But obviously, I hadn’t accounted for Murphy’s “If anything can go wrong, it will” Law….

Since Y’s friend’s instructions had not been very clear, R just kept driving ahead and finally, to avoid blocking traffic, pulled to a stop in the parking space besides a police station. Y called his friend again. Both R and I told him to pay up and let us go, and wait for his friend to pick him up from there. Guess what was Y’s reply? He didn’t have the money !! A guy who had travelled a distance worth some 78 rupees had done so without a pie in his pocket!! So now, we had to wait for the friend to come and pay!!

Had it been any other day when I was on a tight schedule, I’d have quit by now and taken an auto. But that day wasn’t a busy one, and so, I didn’t want the hassle of doing that. Besides, there was something R told us that made me root for him.

Just the previous day, R had been blocked by Uber from plying rides because a customer had raised a complaint. R explained that he’d dropped someone at their specified destination but that person claimed that he had meant a place that was a further 2 kilometres away. R did go and drop him there, but the guy didn’t pay for the extra distance because the pre-programmed fare based on the drop off point had been deducted from PayTm. Not only did he not pay, the customer had also picked a quarrel with R and raised a complaint with Uber. R had just got back from a two-hour dressing down by Uber.

R also narrated how a few days ago, he had dropped a lady to an apartment complex. She’d also chosen to pay by cash, but didn’t have the 375 rupees with her. So, R had to wait for almost 20 minutes for her to go to her apartment, get the money, and come back; in the process, he’d missed out on 2 or 3 other rides.

Poor R seemed to be having the worst of luck, attracting such cantankerous customers. I didn’t want to add to his count.

After 10 minutes of waiting outside the police station, in exasperation, I wondered aloud about how people could be so irresponsible as to travel without the fare, and then act like it’s the cab driver’s fault and also have no qualms about delaying their co-travellers. Again, Y didn’t say anything although his face did darken. My son prodded me and whispered, “Be quiet, Amma, why you want to make a big issue? Anyway, we’re not in a hurry and its only 12 rupees we’re paying!” I tried to explain to him about how sticking up for what is right is more important.

Another 10 minutes later, the friend finally arrived. He paid R and tried to explain where he’d wanted Y to be dropped. As R prepared to leave, Y, in a scornful voice, said, “Madam asked how I travelled without money. Because she is a lady, I didn’t argue with her. It’s not that I don’t have money…I do…just that right now I didn’t have cash because just now, I got released from the station and was coming to meet my friend.” !!! For a minute, I was stunned at the implication – the only ‘station’ one gets ‘released’ from is the police station….God alone knows for what offence he had been held there – and here I was, arguing with him, risking some unpredictable response. But even with that scary thought, I admired the fact that he hadn’t lost his cool and respected that ‘she is a lady’ and hadn’t argued !

Finally, we got going and reached home. What should have taken us about 30 minutes on a holiday, took 75 minutes. While dropping us, R rued that he seemed to be getting only such problematic customers. He was quite upset that Uber only asks customers for feedback but not the drivers, who have to face such difficult circumstances.

Feeling sorry for R, I handed over a piece of paper with the mantra “Shri Gurudeva Datta” written on it. I’d gotten my son to write it out in Kannada. I explained to R how sometimes, problems arise from a spiritual cause and these cannot be solved without some divine remedy. That mantra is one I’ve often advised to many, many people, and most of them come back to tell me it’s worked wonders for them.

When I told him this, R was close to tears and muttered, “Madam, thank you so much. You can’t imagine what all problems I have and how hopeless and helpless I feel. My father fell ill last month and I had to spend a few thousands for his treatment. I haven’t yet been able to pay two months EMI for this cab….thank you very much for this mantra. I will definitely chant it.”

Our ride gave him a mere 12 rupees; I only hope the remedy I suggested proves more valuable and gives R an anchor to weather through his storms. 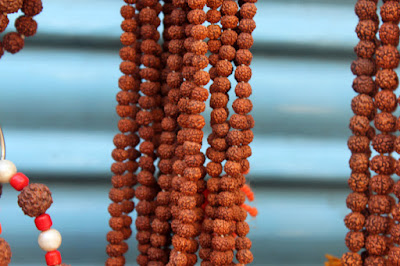