This is about a young person I know and met again recently. He had been selected for a new job and was keen on joining at the earliest. But there was a hitch. An important event was coming up at his current employer’s worksite. It was around a fortnight away.

I asked about what was going to be his contribution to the upcoming major event. He said he had a crucial role to play.

He felt uncomfortable about throwing his current employer into a tizzy by quitting now.

But he was equally (if not slightly more) worried about whether the new employer would wait for him, or employ someone else in his place.

He wanted my advice on what to do. 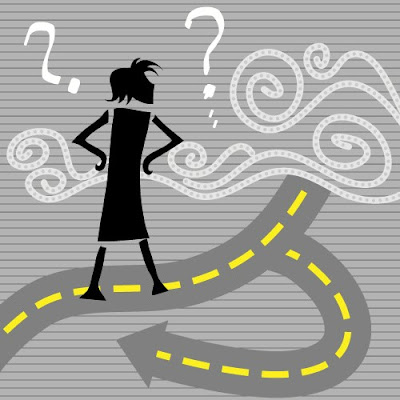 I asked about his current employer’s policy regarding quitting. No question of serving notice because this chap is still under probation – he just needs to inform them 24 hours before he quits.

I asked about when the new employer wanted him to join. Turns out they had left the choice completely in his hands – he could join the next day or by the end of the month. The joining letter would be given only the day he joined.

This chap said he was confused about when to join.

I asked how he felt about putting the current employer into a tight spot. Uncomfortable. But he had to look at his personal interests too, and didn’t want to pass up the new opportunity that meant good for his future career.

If this had been my dilemma, the answer would have been a no-brainer. I’d think it a mortal sin to ditch my current employer at such a crucial time. I’d take my chances on the new employer waiting for me, philosophizing that if it was meant for me, God would make it happen, but I must never do what’s unethical.

But this was not about me.

It was about a 22 year old in today’s competitive times, with conditions different from mine. Listening to the chap, and comparing his attitude to what is often the trend among young graduates today, I mostly felt grateful that he, at least, felt uncomfortable, and was pondering over the choice.

I suggested he get in touch with his prospective employer and explain the situation, and ask them to wait till this upcoming event was over. That way, he’d also be giving them a glimpse into the kind of employee he would be with their company. Then, after the event, he could call them once again to confirm if the job offer still stood. If it didn’t – accept it, and continue at the same place without breathing a word of it, waiting for the next opportunity. If it did - hurray, give in the 24 hour notice to his current employer, and join the new company.

This, of course, was my analysis of the situation.

I don’t know if the chap is going to do as I suggested or disregard it and do as he pleases.

But I’d like to know what you – the one reading this – think. Was I correct? Was I wrong? Is there a better way out? Do share your thoughts…who knows, perhaps there will be some valuable piece of advice I can pass on to the chap?
Posted by Anu at 22:22