Google Maps vs Auto Driver: Whom do you trust?

“Will you come to Mariyappana Palya Metro Station?” I ask.

The auto driver agrees, and I get in. We reach the end of the road and he asks, “Shall I go left?”

I’m familiar with the right side route, but not the left, so I tell him I’m okay if he takes it, provided he knows where he’s going, because I don’t.

“I’ll go your way only, Madam,” he insists, saying that it’s his policy to not argue with customers because otherwise, later, some of them get into a quarrel. As we move on, he starts narrating one of his recent experiences.

A guy had boarded his auto at Palace Guttahalli and wanted to go to Sarjapur Road Fire Station. He was very particular that the driver takes the route shown by Google maps, so the latter agreed. In the words of my auto driver, “We went, and went, and went, and went…and kept going for close to 3 hours. At the end of it, the meter reading was for Rs. 747 rupees. He sheepishly slapped 750 rupees into my palm and rushed away. Had he let me go my way, it would have taken us a mere 1 hour 15 minutes, and as per my estimate, the fare would have been only Rs. 320 or so.”

This story sounds a little far-fetched, so I discreetly open the Uber app on my phone, and key in the starting point and destinations the driver mentioned. He’s been spot on with his estimates – Uber tells me the drive will cost about Rs. 295, and a Google search says the distance is about 20 kilometres, and should take not more than 90 minutes.

I laugh along with the auto driver at the bravado of such travelers who would rather trust an app (or their reading of its instructions) than a human with real life experience.

If any of my readers are incensed by what they perceive as a cavalier attitude on my part, my apologies. Oh yes, I do get that to someone who’s an outsider, or a newcomer to a city, it may be difficult to trust an auto driver. Given the number of even local residents who get cheated by auto drivers, it may not make sense to be very trusting of them. But I’m going somewhere else with this example, so please bear with me. 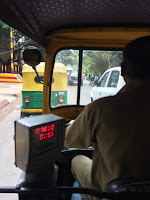 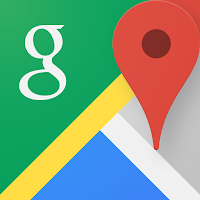 Later in the day, I’m talking to a dear one, and the conversation veers around to monthly incomes, and she asks me, “How much are you earning now?” I tell her, and thoughtfully, she asks if it doesn’t bother me that ‘XYZ’ (whom we both are related to) earns about 5 times the figure I quoted. She then qualifies her comment, “Especially considering that you have the potential to be earning so much more than you do now.”

I’m not ruffled, and I simply shake my head, trying to explain that it bothers me not one bit.

Because I’m so happy doing the things I do – teaching, counseling, and writing, and I wouldn’t have time to be doing all these things if I tried to fulfill that earning potential…

…because ‘potential’ applies to so many aspects of one’s life beyond wealth – education, professional success, fame, respect earned, contributing to society…..

…because I’ve chosen to do justice to my ‘potential’ to give meaning to my existence beyond just earning for myself a fat package that will give me access to luxuries that will in turn increase my attachment to ‘maya.’

…because I’m more enthused to discover and push the limits on my ‘potential’ to make a meaningful difference to people whose lives I touch.

And finally …. because I’m trying hard to focus on growing my ‘potential’ to go beyond the momentary joys and sorrows of everyday life to a state of equanimity….

A little after this conversation, my mind flies to the morning’s auto incident and draws a parallel. People around me are using their apps – plans they’ve drawn up to use their ‘potentials’ – to get some place they want to get. I too want to get somewhere, but it’s not a very popular destination – some people don’t even know it exists. To make it worse, against the trends of today, I have decided to put my full faith in the auto driver to take me there correctly. Perhaps it is because of the belief that the universe reflects back what you put out, I’ve found this works for me.

I’m not sneering at or ridiculing the app-users. We all have our own journeys to make and my path won’t be your’s. All I’m trying to do is plant a thought in your mind. Maybe, just maybe, if we temper our constant urge to do the back-seat driving, whatever our chosen destinations, Paarthasaarathy will help us make good time ?? 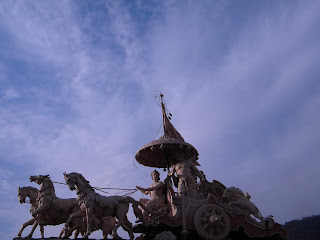