The much delayed post on my travels during May 2015 is finally ready. In this, I’d like to share with you my experiences as I traveled from Bangalore to Chennai and from there onwards to Delhi, Agra, Mathura, Vrindavan, Haridwar, Rishikesh and Kurukshetra. A cursory glance at the names of these places will tell you why this post is called Yaatra 2015….but hang on…let me assure you …it’s not about a pilgrimage as such. And I’m definitely not competing with Wikipedia… 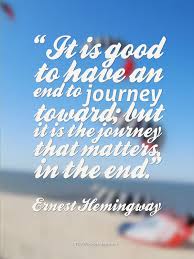 My focus – as almost always? – will be on my thoughts and experiential learning. And I pray this statement will not make you run even faster from reading on…. because I’m hoping this will hold value for you too.

A week-long trip cannot be crammed into a single blog post for two reasons. First, it is asking too much of you, dear readers, to read beyond a page or two. Secondly, how much interest another person’s journey generates depends largely on how creatively the account is packaged. And I have no illusions about my skill on that count. Not for me the flights of fancy or nifty turns of phrase – all I have to offer is clinical observation coupled with unambiguous introspection presented with unflinching honesty.

So you are going to read about Yaatra 2015 in many parts…how many I cannot say right now..anyway, this preamble itself has already meandered too much so let’s begin.

Day 1 dawned bright and clear and saw the three of us – me, my husband and tween son boarding the train at Bangalore Cantonment Railway Station. Six odd hours later we were in Chennai. A cab driven by a smooth-talking driver deposited us at a “good” restaurant which had noodles available more readily than curd rice.

Post lunch, we officially inaugurated the trip with our prayers to Lord Parthasarathy at Thiruvallikeni. Looking back now, I realize that He must have decided to stick by us, for He did steer our entire trip smoothly, even as He inspired insight.

A 30-minute foray into the waves at Marina Beach later, we were speeding as fast as the evening traffic would permit to the Kamaraj Terminal of Chennai International Airport. An intriguing sight we must have been as we entered – a suave gentleman in jeans with his forehead adorned by Srichurnam, a homely woman with telltale kumkum and flowers in her hair and a sparkly-eyed, Gen Y tween clutching an iPad walking in with an air of supreme confidence. If the airport denizens noticed, they did a good job of concealing it…

On board the flight, the air hostesses ran through their drill of announcements about emergency measures. I remember wondering if they found it tedious....having to do the same thing day in and out. Of course, as a teacher I can empathize with the feeling. But then, at least, I get to choose my words, vary them and infuse them with different levels of enthusiasm…and to their credit, some of my students are genuinely interested and others at least manage to look interested.

On the flight, it seemed to me like hardly any passenger paid real attention. Maybe most of them were frequent fliers and already knew it. Or perhaps it is a testimony to how safe air travel has become that we are able to sit nonchalantly through such an announcement. But I couldn’t help wonder – what if the unthinkable had to happen? Would we be prepared to face it? Which kind of reminded me of that famous question in the Mahabharata that the Yaksha poses to Yudhisthira… “What is the greatest wonder?” to which Yudhisthira replies, “What can be a greater wonder? Day after day, countless people die and yet, the living believe death will pass them by.” In case you are thinking I’m harping on something that’s unlikely to happen, just watch a National Geographic Channel documentary called “Crowd Control – People Don't Listen” and you’ll see how not paying attention to these instructions can reduce an individual’s chances of survival in the event of a mishap.

Fortunately, there was no incident justifying these morbid thoughts and the flight to Delhi was uneventful ….except for some unintended mirth generated by the cabin announcements about the in-house magazine titled “Hello 6E.” Try saying that yourself and you’ll agree....that’s what qualifies as creative, attention-grabbing nomenclature!
My sister’s home is a good 45-minute drive from the Indira Gandhi International Airport in Delhi. As our taxi sped through the streets of Delhi, it seemed to me like the wide roads and imposing buildings exuded an aura of majestic power quite unlike the comparatively timid vibes given off by the relatively narrow streets of Bangalore. Yet, the sight of the green and yellow colored autorickshaws and the Devanagari script on name boards of commercial establishments were strangely comforting

…a sort of reminder that this may be an unknown place, but it still is part of this astonishing motherland we call Bharat.

Despite the late hour, we were given an enthusiastic welcome by my sister, brother-in-law and nephew. We settled in pretty soon in this home which was comfortably air-conditioned to beat the Delhi heat. Which was a good thing because this was going to be our roosting spot for the next few days as we explored the other places on our itinerary.
Posted by Anu at 06:02