Jaya stretched her legs in the cramped space, mentally berating herself for not booking her tickets in the AC Chair Car. She’d put off her travel decision to the last moment and had been forced to settle for the ordinary seats-meant-for-2-but-allotted-to-3-people in the D3 coach of the Intercity Express that now sped on its way to Bangalore.

Opening her newspaper, she settled down to read of the latest happenings. A piece caught her attention because of the callous attitude people had nowadays. A kid had lost his life following an accident, because no one had come forward to rush him to the hospital. What a world we live in, Jaya rued.

Her reverie was broken by the arrival of a young girl who seemed to be having a giggly conversation on the phone. Yet another of those mindless chatterboxes, Jaya found herself thinking. How modest girls used to be in our times, she thought, looking with faintly concealed disdain at the girl, who was anyway too busy talking.

As the train chugged along, Jaya gradually slipped into a light sleep; only to be rudely awakened by the same girl’s voice again as she tried to get her words across to someone over what was obviously a poor connection. These girls and their banter, Jaya silently fumed. Such a ruckus over a bauble – a key-chain that one of those traveling hawkers try to sell on the train. 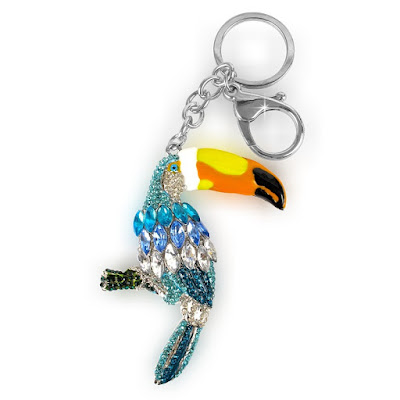 After a loud conversation, the girl finally settled on one piece. A few minutes later, she did the same with the lady hawking those fancy dangling earrings. What a fuss, Jaya thought, for someone who’s not even wearing a small stud in her ears.

After a while, a woman passed by with some books that teach beginners the alphabets, fruits, vegetables and numbers. Much to Jaya’s irritation, again, the young girl spent some time with someone over the phone, describing the books and asking which ones she should get. Why couldn’t people just take their friends along while shopping in their own place instead of making a dance and song of it while traveling by train and disturbing others? And how impulsive these youngsters were, wanting to buy everything that they saw!

When the train finally reached Bangalore, Jaya was relieved to be rid of that young girl’s conversations and non-stop buying. She hurried home because she wanted to get enough rest before the seminar she had to conduct the next day.

Morning dawned bright and clear and luckily, Jaya made it to the venue without getting stuck in traffic. All the coordinators and participants had already gathered in the hall, and so, the seminar started on time. During the introduction, Jaya noticed the same girl from the train and was intrigued. Later, when the participants were divided into groups with specific topics for discussion, she lingered around the one with this girl.

The group coordinator was asking people to share their experiences of how something they have done has caused someone joy or pain. Inwardly, Jaya smirked, thinking that she had a good example of how that girl had caused her pain.

But something made her pause as the girl began speaking. “It’s not anything big, but I can’t remember anything else to tell here. Whenever I go on a train journey, I try to buy some small things from the people who come selling on the train. They are at least trying to earn a sincere living rather than begging. So I buy something from them so that it’s like encouraging them. Even if I don’t have any use for those items, I try to buy things which I can give someone else. Like just yesterday, I bought a key-chain for our flat watchman’s wife whose old one had rusted; I also bought some colorful alphabet and fruit books for our maid’s little one. In this way, I get to help some people at least in a small way, and make them feel happy.”

To Jaya, it suddenly seemed like there were two people that day who needed to exchange places in the “Joy of Giving” seminar………


***A fellow-blogger's post of a few days ago was the inspiration for me to pen this...you can read her piece here