“Where is K waiting? Didn’t she say she would be at Y circle? Now, should we go in this direction? No….that’s a one-way, let’s go the other way!! Wait, why don’t we phone her?”

Three or four voices speaking all at once. The taxi driver G slows down and waits for us to decide, without getting agitated or accusing us of creating the confusion with a, “You should have told me before” or “I didn’t know that’s where you wanted to go.” Instead, in the middle of our confusion, he calmly suggests we call K and find out exactly where she is.

Finally, we make our way ahead and pick K up. Next and last on the list is J. He’s told us he’s near a popular local hospital and we tell that to G. He says emphatically that he knows where that place is and drives fast to take us there. But in our combined anxiety, it seems like except me, no one else has heard him, and we keep wondering aloud about whether we’ve crossed that place, J said it was near to point X and now we’ve come quite far already…blah blah blah….

Even when one of us tells G to pull over to the left and drive slowly, he’d be justified in using a dominant voice and telling us he knows the place and will we please stop worrying so much. Yet, he doesn’t do that. He slows down and moves into the left lane although he knows the pick up point is still quite far ahead.

After having successfully picked the entire team, we zoom on the highway, only stopping for breakfast. After breakfast, P asks G how much more time it will take to reach the destination. Someone else chips in and says about how it will be a problem to reach later because then, the program will get delayed.

Again, G is the epitome of confident calm – all he asks, very politely, is, “What time do you have to be there, Sir?” and on hearing the answer, he promises, “Don’t worry, I will get you there within that time.” And indeed, without seeming to drive rashly, he does ensure he covers the distance in record time, and gets us to our venue right in time.

Later in the day, we have to go elsewhere, to a location that’s not familiar to us. G doesn’t know the place well, either. By the time one of us suggests he switch on Google Maps, he’s already trying to do it even as he’s driving. When he finds he can’t manage both, G asks K to do the needful and she tries, but somehow, the navigator isn’t working.

So, G stops and asks for directions; a little later, he suggests we again ask for directions; a third time, when we want to re-check, he calmly stops the vehicle and asks another passerby. At no point is he hassled or grumpy or making any sarcastic comments.

The next day, we are delayed by a good 1.5 hours from the scheduled time of departure. And yet, when we fret over the fact that we’ll probably reach back later than we planned to, not once does he crib or say we should have finished our program earlier.

And….wonder of wonders….thanks to G’s driving skills and the grace of God who ensures we don’t get caught in traffic, we end up reaching at exactly the same time that we’d wanted to be back, despite the one-and-half hour delay in starting the journey.

Even in the face of his obvious remarkable feat, there’s no gloating or boasting or even a mention of it from G.

This account is of Team DISHA’s travel to Hassan from November 21-22 to conduct workshops at two colleges there. Part of the workshop was to help students learn about emotional intelligence through case analysis.

Even as I reach back home about 38 hours after I had left, I’m quite tired by the journey, all the activity, and the fact that I’m still coughing from a throat infection….even wondering if I will be able to write today’s blog. But then, all tiredness vanishes as I realize that I can write about the emotional intelligence of G who took us to Hassan and brought us back safely – a living example of the principles of self awareness, self management, social awareness, and relationship management. 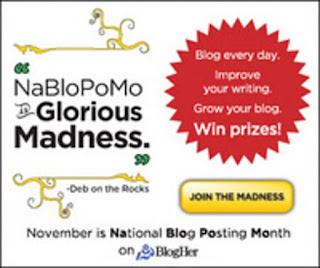